“People of the Book” and the Logo 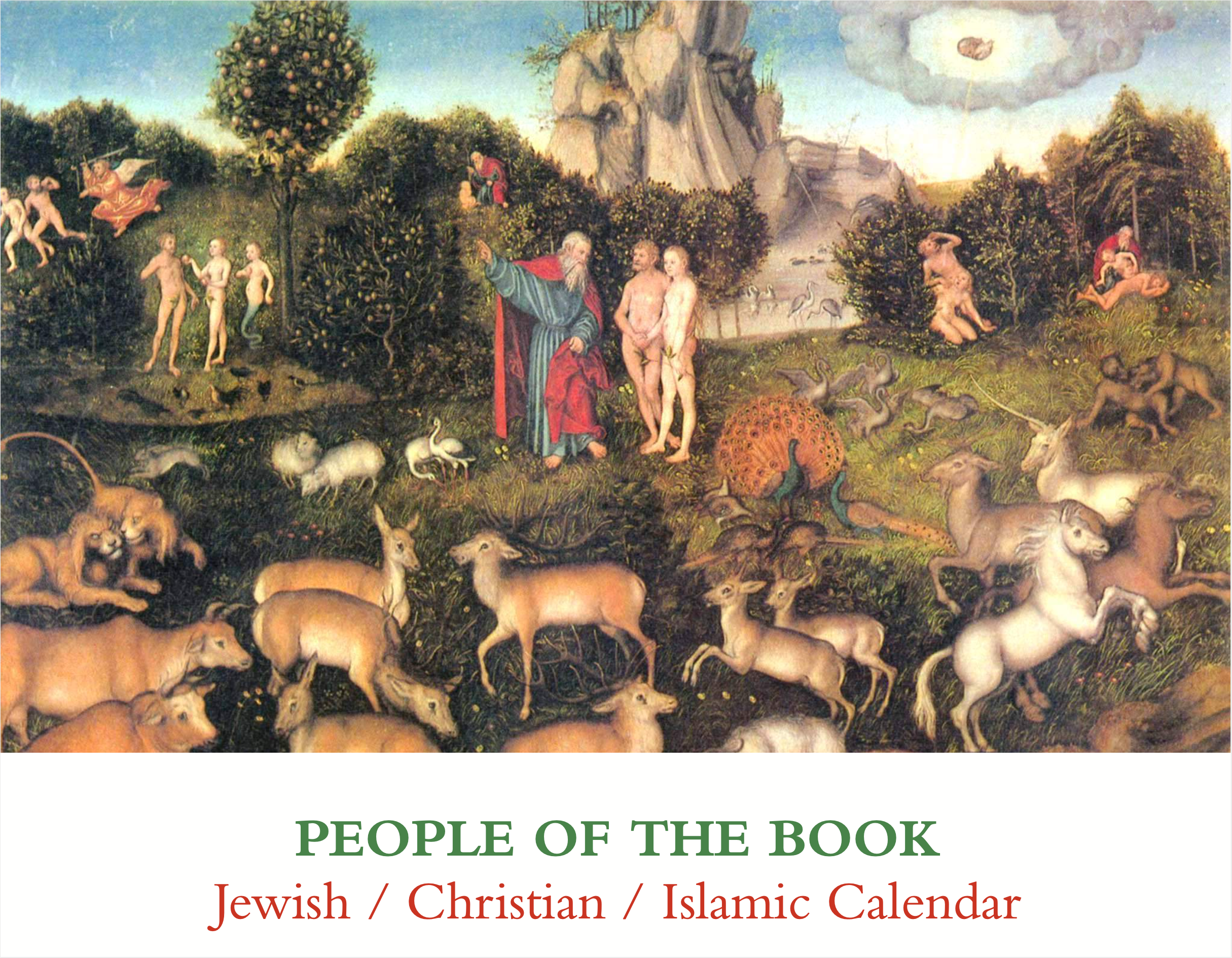 My very first People of the Book Calendar was published without a logo. I created the logo after publishing and began using it with the 2011 wall calendar.

As I tried to come up with a logo to represent Jewish, Christian and Islamic people together as a group, I considered why I call them “people of the book“. It's because these three Abrahamic religions are closely related in that they are all monotheistic religions that share scripture and prophets – like Abraham. First was Judaism. With Jesus came Christianity. And with Muhammad came Islam. Both Jesus and Muhammad delivered a message they said had already been delivered before but needed re-delivering. This made me think of the scripture: the Tanakh, the Bible and the Qur'an.

The Tanakh (or Hebrew Bible) is the canonical collection of Hebrew scriptures, including the Torah. The “Torah” often refers to the first five books of the Tanakh (or Five Books of Moses). It is a collection of ancient religious Hebrew writings by the Israelites believed by most Christians and religious Jews to be the sacred Word of God.

The Old Testament is the first part of the Christian Bible, which is based primarily upon the 24 books of the Tanakh. The translations divide essentially the same material into 39 books for the Protestant Bible.

The New Testament discusses the teachings and person of Jesus, as well as events in first-century Christianity. Christians regard both the Old Testament and New Testament together as sacred scripture.

Muslims believe that the Quran was orally revealed by God to the final prophet, Muhammad, through the archangel Gabriel (Jibril), incrementally over a period of some 23 years, beginning on 22 December 609 CE, when Muhammad was 40, and concluding in 632, the year of his death. The Quran mentions the Tawrah (Torah), the Zabur (“Psalms”) and the Injil (“Gospel”) as being revealed by God to the prophets Moses, David and Jesus respectively in the same way the Quran was revealed to Muhammad, the final prophet and messenger of God according to Muslims.

The word “Quran” occurs some 70 times in the Quran's text, and other names and words are also said to refer to the Quran. It is a verbal noun of the Arabic verb qaraʼa (قرأ), meaning “he read” or “he recited”. It had become an Arabic term by Muhammad's lifetime. Another term is al-kitāb (The Book), though it is also used in the Arabic language for other scriptures, such as the Torah and the Gospels.

People of the Book/Scripture (′Ahl al-Kitāb) is an Islamic term which refers to Jews, Christians and Sabians. It is also used in Judaism to refer to the Jewish people and by members of some Christian denominations to refer to themselves.

The Quran uses the term in reference to Jews, Christians and Sabians in a variety of contexts, from religious polemics to passages emphasizing the community of faith between those who possess monotheistic scriptures.

Given their historical progression and deeply similar message, I began to see all three of these scriptures in my mind as one large Book. I had come across the phrase “people of the book” as used by Jewish, Christian and Muslim people. Though previously it has been used to refer to Jewish and Christian people by the Qur'an and by themselves, it seemed to me that Muslims also fit the definition. Therefore, Jewish, Christian and Muslim are all “People of the Book“.

The logo is a simplistic aerial view of three people holding and reading one book together, each person representing one of the three faiths.

When I first drew it I made it an elliptical shape – no reason. Later I decided that it would look better and have more meaning as a perfect circle. Early science, particularly geometry, astrology and astronomy, was connected to the divine for most medieval scholars, and many believed that there was something intrinsically “divine” or “perfect” that could be found in circles. I was creating a calendar and both the sun and the moon are circles. It also made it easier to fill a square space, as is often needed when creating profile pictures online.